When a tick arrives at the Dr. Jane Huffman Wildlife Genetics Institute, we initially identify the species, life stage, and gender of the tick, if possible. This information can help determine what tick-borne pathogens it should be tested for. Most pathogens are transmitted by only 1 species of tick and only at certain life stages of the tick. As adults, only the female ticks takes a blood meal and are capable of transmitting pathogenic organisms. Larval ticks, which are the earliest life stage after hatching from an egg, are usually not infected with disease causing organisms until after taking their first blood meal from a vertebrate host. In this case, larvae are usually not thought to be vectors of disease, although there may be some exceptions.

Throughout the United States, there are dozens of species of tick, although some are much more common than others. In the Northeast, the 3 most common tick species are the Eastern blacklegged tick (Ixodes scapularis), the American dog tick (Dermacentor variabilis), and the Lone star tick (Amblyomma americanum). Species common to other areas of the US include the Western blacklegged tick (Ixodes pacificus), the Gulf Coast tick (Amblyomma maculatum), the Rocky Mountain Wood tick (Dermacentor andersoni) and the brown dog tick (Rhipicephalus sanguineus). Each of these ticks can carry and transmit its own set of pathogens. The following describes the 3 most common species in the Northeast and the pathogens they are associated with. 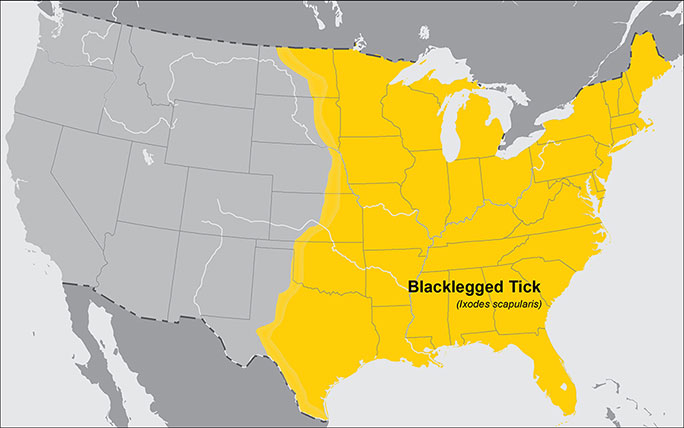 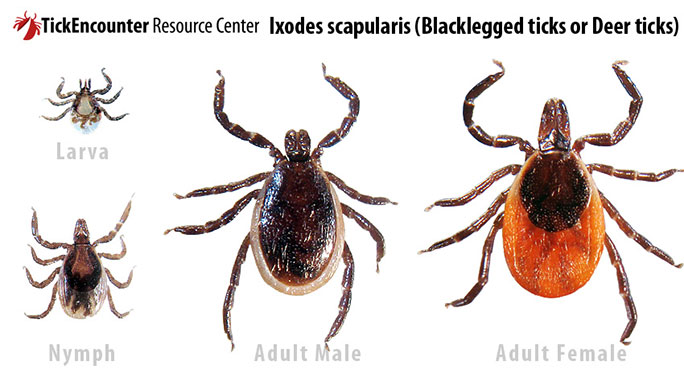 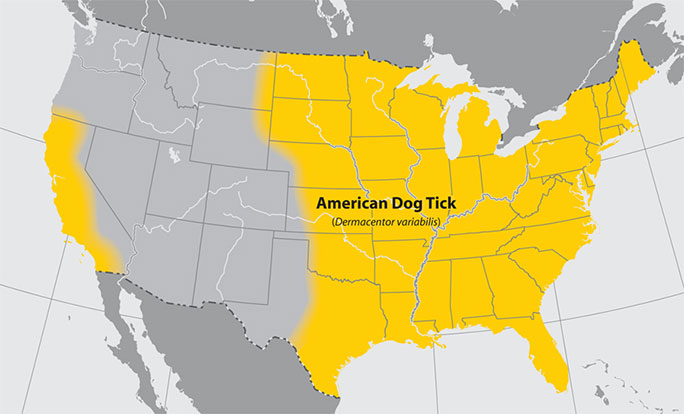 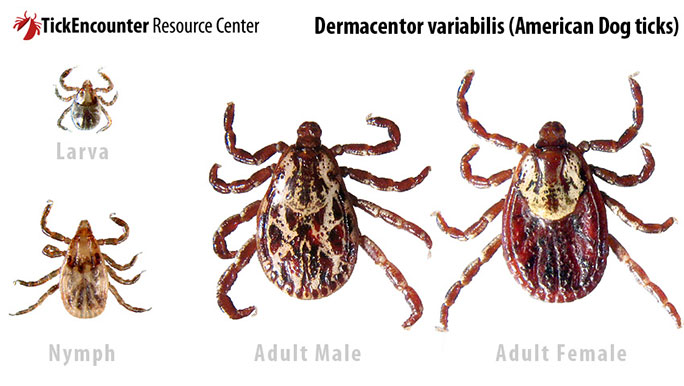 The American dog tick is found throughout the eastern half of the United States and in some areas along the west coast. American dog ticks are the largest ticks found in the Northeast, are usually brown in color, with ornate white marking on their backs. These ticks are associated with Rocky Mountain spotted fever (Rickettsia rickettsii) and Tularemia (Fransicells tularensis), which are 2 very serious tick borne diseases. 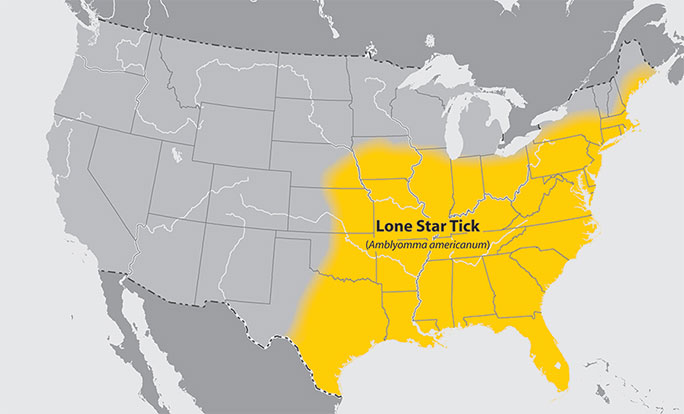 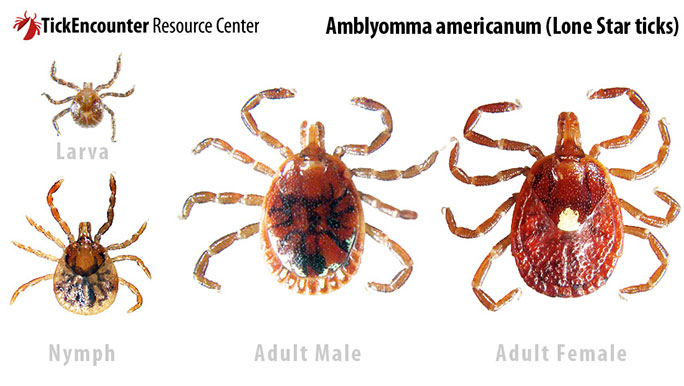 The Lonestar tick has been traditionally known as a tick of the southern US, however in recent years it has been increasingly found in the north and west. Lone star ticks are medium in size, reddish brown, and adult females have a single white dot (star) on their back. Other identifying features are a very circular shape and reddish markings on the back. Lone star ticks are associated with Human Granulocytic Ehrlichiosis (Ehrlichia chaffeensis) and more recently, southern tick associated rash illness (STARI) which is thought to be caused by the bacteria Borrelia lonestari.