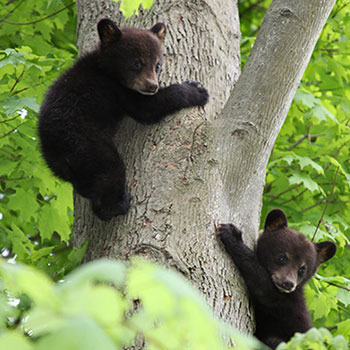 Babesia spp. are intraerythrocytic protozoan parasites of animals and humans that cause babesiosis, a zoonotic disease transmitted primarily by ticks.

Although a variety of species or types of Babesia have been described in the literature as causing infection in humans, the rodent parasite Babesia microti has emerged as the focal point of human disease in the United States.

In this study, American black bears (Ursus americanus) in NJ were live-trapped and blood samples were taken from 2006 to 2014.

Throughout this period some animals were first time captures and others were recaptures.

This represents the first longitudinal study conducted on American black bears infected with Babesia spp. and suggests that black bears may be well adapted to babesial infections in regions endemic for tick-borne pathogens.