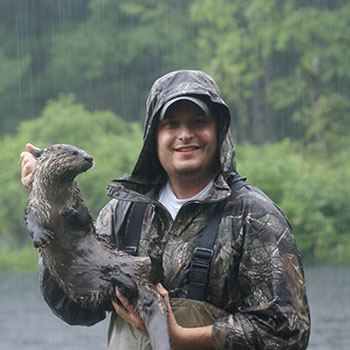 Babesia sp. is a piroplasm that infects red blood cells. Over 100 species of Babesia have been identified and human babesiosis is an increasing health concern in the northeastern United States.

The parasite is vectored by Ixodes scapularis ticks. We sampled river otters, muskrats, beavers and mink in Pennsylvania and New Jersey to determine if Babesia spp. was present using the polymerase chain reaction.

The species of Babesia was determined by sequencing the 18s ribosomal fragment.