“After graduating from Pocono Mountain High School of Swiftwater, Pennsylvania in 2000, I was sure that I wanted to pursue a career in accounting. I received a presidential scholarship to attend the University of Tampa, Florida and moved down to begin my pursuit.

While taking a general education course in computer science and experimenting on the side with some basic programming, I felt inclined to change direction in my career path. Upon hearing that East Stroudsburg University was going to offer the first undergraduate major in Computer Security, I decided to relocate back to Pennsylvania and enrolled in the dual major program of Computer Science and Computer Security.

After completing the program and graduating in 2004, I started my career with a company in New Jersey that specialized in accounting and customer relationship management software packages. I remained employed by that company until 2009 when they went out of business and then took a position at a competitor located in Pennsylvania, where I am still currently working.

I had always wanted to be able to apply my Computer Security degree to my career as well, but felt that I was not as up to date as I should be, with so many years having passed. In 2011, I enrolled at ESU once again, this time in the graduate program for an MS in Information Security, which I anticipate achieving in 2014.

While a few of my original professors remain, most of the department has changed, but the level of education has certainly not. All of the professors take the time to get to know the students, and are dedicated to seeing them be successful. I have learned so much over the past twelve years thanks to ESU and would highly recommend either program to anyone interested in Computer Science or Computer Security.” 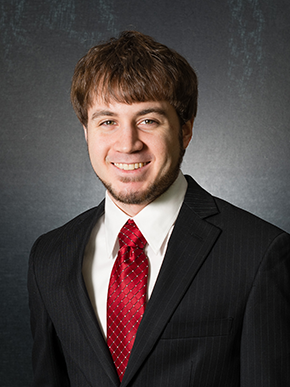 “I’ve known that I would be going into the field of Computer Science for as long as I can remember. When I was growing up I would always be on the lookout for the latest and greatest technology I could get my hands on. In high school I took a few computer programming classes at Penn State Abington and that’s when I knew this was something I’d be focusing on for the rest of my life. I chose East Stroudsburg University for the intimate learning environment as well as the brand new Science and Technology Center. I heard the Computer Science program was excellent and it seems that claim is just as accurate now as it was four years ago when I heard it first.

During my studies at East Stroudsburg University I learned a lot more than just programming. Complex problem solving and software design are skills that have been invaluable in the interview process I went through just a few months ago for Oracle Primavera. In my opinion, the Software Engineering course I took last semester was by far the most useful class in the program and a fitting conclusion to the Computer Science curriculum. Thanks to the skills I’ve acquired at East Stroudsburg University I was able to acquire a full-time job offer working for Oracle Primavera immediately after I graduate in May. I wouldn’t be where I am today without the support of my family, my friends and my education at East Stroudsburg University.” 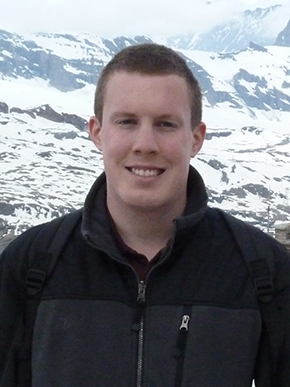 “The Computer Science Graduate program at ESU gives its graduates an edge when entering the workplace not only because of the advanced knowledge obtained but also because of the intangible qualities the program promotes.

When I was hired by Active Data Exchange, a growing software company in Bethlehem, I quickly discovered that doing research work was not only for the purpose of learning to do research, but also for increasing my ability to learn independently and to analyze concepts and technologies.

This has proven invaluable as a new hire, as I have been asked to learn the technologies incorporated into our product quickly, many of which are leading-edge and can’t easily be covered in the classroom.

My improved ability to analyze has enabled me to discover and understand the implications of the contributions I have made to the product for both the users and for the existing codebase of the project.

Finally, the graduate program has taught me to develop new ideas more easily, a trait which is especially important in a small company such as ours.

It should be noted that I would not have excelled at these things without the continuing support and interest of individual faculty members during the course of the program and the assistantship experience.” 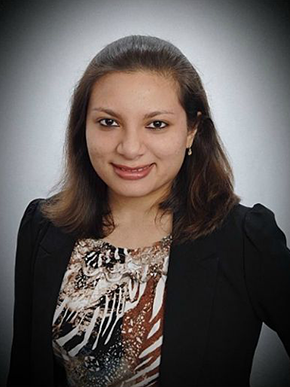 “I graduated from East Stroudsburg University in May 2012 with my Bachelors in Computer Science and am currently working at Avanade Inc. in Houston TX. Avanade is a consulting company created by Microsoft and Accenture. We specialize in Microsoft technologies and have clients in various industries. I was most fortunate to be offered a job at such a great company. The people here are wonderful, the benefits are great and best of all you are always learning and growing. I am thoroughly enjoying my job at Avanade and my education at ESU helped in the preparation for this position.

I first got interested in Computer Science when I took a web development course in my junior year of high school. I chose to go to ESU because of its small class sizes and the fact that it was close to home. The year I started at ESU, was the year the new Science and Technology Center was opened and over time that building became my second home. I will not say that pursuing a degree in computer science is easy, because it is not, but it sure is rewarding. The feeling you get when you have been trying to get something to work for hours or even days and you finally figure out the one piece of code that fits the puzzle, is unbelievable and that’s why I stuck with it.

My life after ESU has been quite exciting and I look forward to what awaits. I hope other students will also get to experience the hidden benefits of Computer Science and that more female students will choose to join the program. I was the only one in my graduating class and it would be great to see more in the future!”

Please contact the department of Computer Science with any questions.